A Question of Place
‘Who the fuck is Alice?’
said the March Hare
inhaling hard.
‘She’s rather large’
said Dormouse
coughing
as the smoke ring engulfed him.
‘I find her quite intimidating, actually,
not the little girl I expected.
Really, I hope Hattie
doesn’t invite her
to the party.
I don’t think she would
quite fit in.’
‘You’ll sleep through it anyway’,
said the White Rabbit consulting his watch.
‘It’s time. We should go.’
The March Hare lit another cigarette.
‘We should all change places
if she’s there’ said Dormouse.
The March Hare blew out more
smoke rings.
‘Who the fuck cares if she fits in or not,
in a mad world no one has a place.
Hatter knows that.
He’ll be asking her questions.
He knows the place of madness.’
‘All in good time’,
said the White Rabbit consulting his watch.
‘He’ll ask her who she is’.
‘There’s no answer to that’ said Dormouse.
‘No one knows who they are’.
March Hare lit a cigarette.
‘If she can’t answer Hatter’s question,
then she has no place.
There’s no answer to that’.
‘In time there’ll be an answer.’
said the White Rabbit.
In time we’ll know our place.
In time we’ll know the answer to who we are.
Then times will change again’.
https://www.amazon.com/dp/1091118191/ref=sr_1_4… 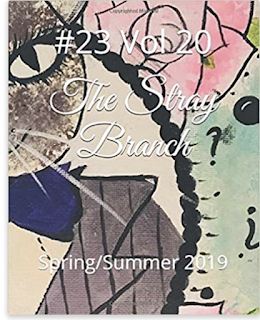