English Language
Times change and language changes with them.
Lost to English is the singularity of the second person,
recognisably archaic and unmourned in our time,
but controversial and contested as it declined.
Many heads were shaken at this innovation
in communication.
Words change in meaning, and in emphasis
so extreme obscenities become modest curses,
part of everyday speech and then positive adjectives
as time passes.
Sentences can now begin with ‘and’ and ‘but’
and no longer need to have a verb inside them.
So, new devices for emphasis and meaning form
as language and literature renews themselves,
clearly legible.
Commas can come before ‘and’ and
confusing apostrophes are dying out.
Colons and semi-colons are under threat.
They have lost their way with new generations.
The dustbin of history is open for them
to enter.
There they will join the ‘thous’, ‘alacks’ and ‘gazooks’
of our past, to be only remembered by scholars.
But relax, chill, German has already lost its future.
English may be next,
and these losses will also be mourned
by no one in our future. 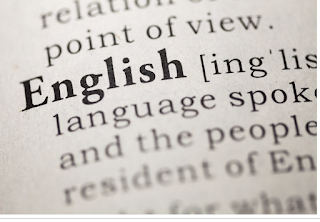 OUTLAWPOETRY.COM
English Language by Lynn White
English Language Times change and language changes with them. Lost to English is the singularity of the second person, recognisably archaic and unmourned in our time, but controversial and conteste…