Tomorrow Never Comes
The orcas decreed
that the dolphin’s wedding
should be delayed by a day.
Delayed till tomorrow,
if tomorrow ever came.
This would give more time, they said,
to decorate the wedding gowns,
to weave more shells into the kelp,
the tiniest of muscle shells for him
in every shade of blue,
sweet pink cockle shells for her,
sometimes veering towards red
as if warning of danger.
The music was to be rock ‘n’ roll,
played by the Killers, of course
on improvised pianos.
The octopus was responsible for
the wedding breakfast.
He had enlisted the help of every friend
to enlarge and beautify his garden.
To transport rocks with anemones attached
and bring a multitude of coloured pebbles and shells
to enclose the fishy titbits collected specially for the feast.
But in spite of their reassurances,
still he worried about the guest list.
So many orcas and dolphins
who did not have a good reputation
so far as the octopuses were concerned.
But the garden was beautiful
and surely it was a fact
that tomorrow never came.
He had always believed it.
Now time would tell.
https://tropicalacedmagazine.weebly.com/issue-2
https://tropicalacedmagazine.weebly.com/issue-2 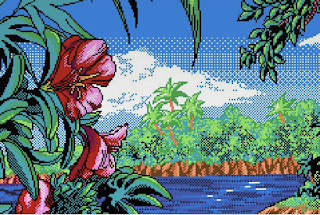