The Funeral of Bosco Jones

Twenty years ago Bosco Jones died after a long and purposeful life.
His children, (long departed from their roots), returned.
“Don’t worry, Mum”, they said, “we’ll see to everything.
We’ll make all the necessary arrangements.”

They arranged a splendid funeral with a vicar and hymns and flowers.
A lot of people went, for Bosco had made an impact during his life.
They left the doors open so that all those outside could hear
And join in the proceedings.

There was nice churchy music and an atmosphere of peace and serenity.
The vicar began the service with a lot of talk of God and Mrs Jones stopped crying.
She started to look around her and take in the proceedings.
She seemed somewhat agitated and alarmed.

Then she stood up and shouted at the vicar, shaking her fist,
“I’m having none of this!” she cried,
“My Bosco didn’t believe in all this claptrap and nonsense!”
Some people cheered in agreement and she sat down again.

The vicar, a dedicated professional, began to continue the service.
Mrs Jones stood up and began to sing ‘The Internationale’.
Most people joined in and no one could hear the vicar
Who became very angry.

When they had finished singing, they started to shout at the vicar.
He shouted back telling them that he was throwing them out
And they were never to come into his church (or outside it) again.

Everyone cheered, but no one left and Bosco made his last journey
To the sounds of ‘Bandero Rosso’ and ‘Joe Hill’ sung very lustily,
Which he would have liked a lot.

“It was a riot”, Nina said, casting her eyes upwards.

The vicar stopped by and apologised to Mrs Jones, who was very rude at first,
But then happy to sit down and explain her position
While he listened.

First published in Blue Pepper, May 2016 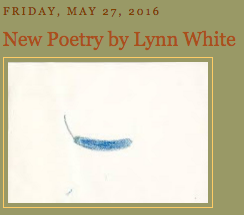 http://bluepepper.blogspot.co.uk/
Posted by Lynn White at 00:43