The Grapes
The pub on the corner was known as ‘The Grapes’.
I used to go there a lifetime ago, with one friend or another.
It was my local, my space, my place, friendly and safe.
I had no money, just bought a half now and then.
I was not a good customer, I remember.
The people in there were smiley and friendly.
They showed me the special knock, I can still remember.
It allowed me in at any time of the day or night
without any hassle or hanging about,
even though, I was not a good customer.
I remember the old woman dressed in a shapeless coat,
and always wearing a head scarf. She sat in the corner
with her glass of mild or Guinness placed firmly
on one of Peter Kavanagh’s special tables.
Yes, I remember her. She was a character.
I remember that snug with the dark scenes
painted on the walls and the shapes of music
hanging from the ceilings above the special tables.
The old woman was also a fixture, special like the tables.
I must have known her. She was a character.
The men were talking and laughing, doing deals, maybe.
She watched but said little to them, though they were friendly.
Pimps and gangsters, I was told later.
But they told me the special knock so I could go in any time.
Just for a chat and a joke, which were free, no pressure.
The name has changed now, but the snug looks the same.
The special tables, the wall paintings still are there.
The fiddles and guitars and trumpets still hang.
It’s no longer my space, not really, only remembered.
And no special knock is needed now.
The old woman has gone, like the pimps and gangsters.
No one remembers her. No one knows her.
I must have known her though, for a time.
I remember, she was a character.
https://ryethewhiskeyreview.blogspot.com/…/the-grapes-by-ly… 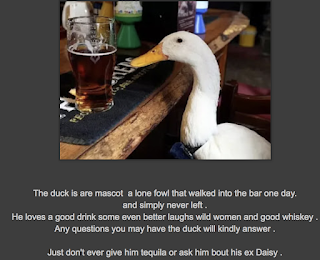